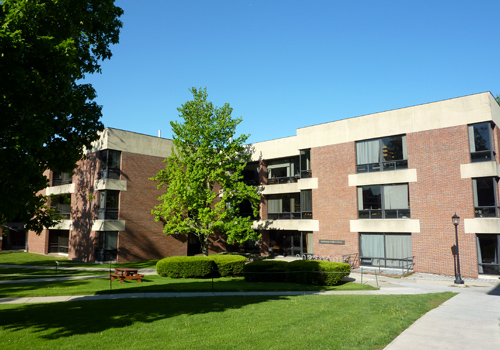 In 1962 Professors Fielding Brown and David A. Park of physics, William C. Grant, Jr. of biology, and J. Hodge Markgraf of chemistry instigated and engineered a formal proposal to construct a single new science center which would house all of the science labs. The cross-fertilization of ideas which was the objective of the new center was regarded as a highly innovative concept, and plans for its construction were approved. Over the course of the next four years, contributions and grants were vigorously solicited. The Bronfman family, headed by Charles R. Bronfman, began the funding with a contribution of $1.25 million dollars. In 1964, construction of the new $3.9 million dollar science building, the Bronfman Science Center, began. By 1968, Williams had one of the most sophisticated and innovative scientific facilities of any college. Bronfman currently houses Psychology, Math, science labs and offices.