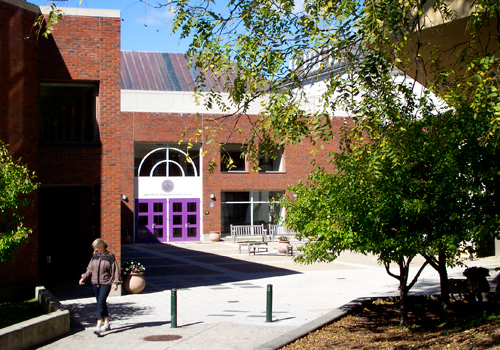 Chandler Athletic Center is named for John Wesley Chandler, the 12th president of the College. While some of the success of Chandler’s administration may have been due to the unique position in which history placed him (following the Sawyer years), Chandler had an outstanding agenda of his own in addition to implementing and nuturing the programs initiated by his predecessor. In 1968 he accepted the presidency of Hamilton. A year later, he received a Williams honorary degree and was elected to the Board of Trustees. He returned to Williams as president in 1973 and served in that capacity until 1985.