Named for Edward Clark,
Class of 1831, Trustee 1878-82
Home of the Geosciences Department 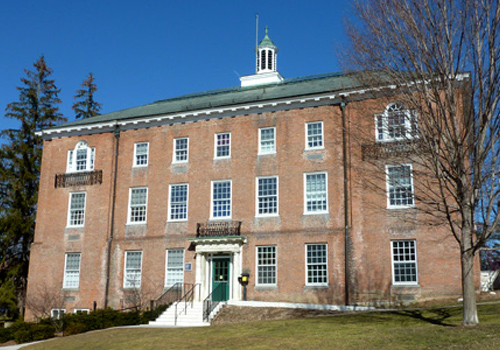 Clark Hall, the home of the geosciences department, is named for Edward Clark, a member of the Class of 1831 and a Trustee from 1878 until his death in 1882. Williams honored Edward Clark with a LL.D. in 1880.

The first Clark Hall, built in 1881, included the valuable geological collection known as the Wilder Cabinet assembled by the Honorable Lyman Wilder, an honorary member of the class of 1856. That original building, near the site of the present Prospect Hall, was allowed to fall into disrepair and was finally taken down in 1908. That same year, Edward’s son Alfred’s widow, Mrs. Bishop Potter, and her four sons (Edward’s grandsons) provided funding for the present Edward Clark Hall, stipulating that it be devoted to the study of geology.