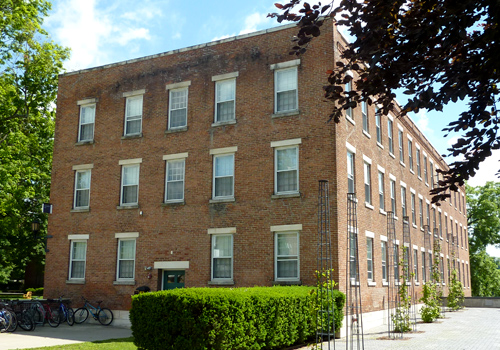 Fayerweather, or as it’s affectionately called “Fay,” is very similar in structure to East College. It was, in fact, called South College until 1905, when rags-to-riches Daniel Fayerweather’s long-argued will helped to pay for renovations. The building offers 30 singles and 18 doubles on three floors for upper class students, and a large common room and kitchen in the basement. It is not air conditioned.

Built in 1842 and renovated in 1989, Fay is part of the Currier Neighborhood.