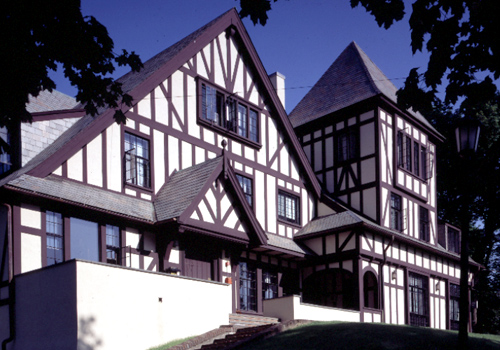 Garfield House, the former Delta Upsilon House, is on South Street but is still known as a “Row House.” It was named after the 9th President of Williams College, Harry Augustus Garfield, Class of 1885, the son of James A. Garfield, the 20th President of the United States.

Built in the Tudor style, Garfield boasts a beautiful library with fireplace. Upperclass students live in 27 singe and 7 double rooms on three floors. In nice weather, Garfield’s spacious south lawn is great for barbecues, pick-up soccer games, or lying in the sun. In the winter, the hill up to the house is a great spot for sledding.

Garfield is part of the Wood Neighborhood. It is not air conditioned.