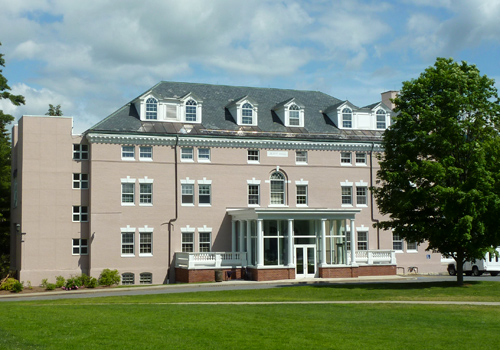 Built in 1899 and dedicated in 1900, Jesup Hall was Williams’ first campus center. The building is named for Morris Ketchum Jesup, who was unable to go to college for financial reasons but never lost sight of doing so. After Jesup became a successful New York banker and manufacturer, he supported and encouraged the cause of higher education by his widespread generosity. In 1984 Jesup Hall was completely renovated in the process of conversion to the College’s computer center. It currently houses the Office for Information Technology.