Named for Herbert Lehman, Class of 1899 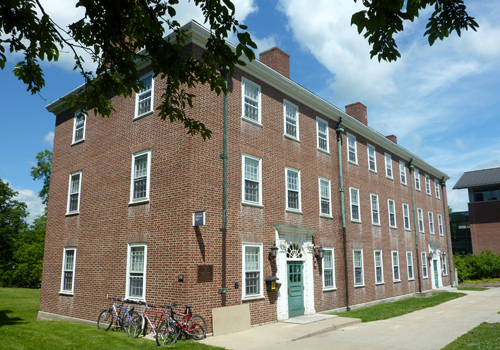 Lehman Hall, designed by Cram and Ferguson, was built in 1928. The building is named after Herbert H. Lehman, Class 1899, and features a bronze plate of Lehman on the southeast corner. Lehman’s two entries meet in the center of the building where there is a shared common room with a TV and foosball table. Lehman houses 32 upperclass students in 32 singles arranged mostly in suites on three floors. Rooms have fireplaces with no flame or flue, built-in cabinetry, and nearby bathrooms. It’s small and quiet, but close to most everything on campus. Lehman belongs to the Dodd Neighborhood.