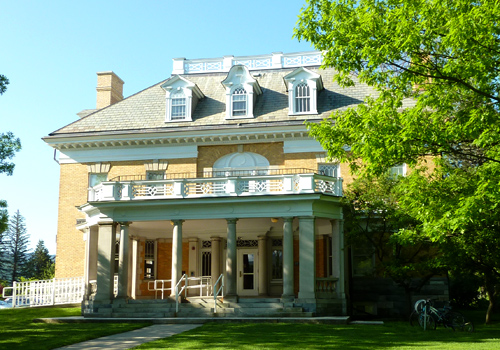 Perry House, the former Alpha Delta Phi Fraternity, gets its name from Professor Emeritus Arthur Latham Perry (1830-1905), Class of 1852, and his sons. The house still retains remnants of its Greek Past, including an extraordinarily interesting inner room known as The Goat Room. You’ll have to use your imagination on what The Goat Room was formerly used for, but today it’s used as a party and fancy dinner space. Perry also has a beautiful library great for studying and resting, and a grand staircase taking you to upstairs rooms. Exquisite inside and out, Perry is a wonderful Row House, and has singles and doubles.

Built in 1852, Perry was purchased by the college in 1969 and renovated in 1994. Perry houses 28 upper class students in 16 singles and 6 doubles on four floors. It is part of the Wood Neighborhood.